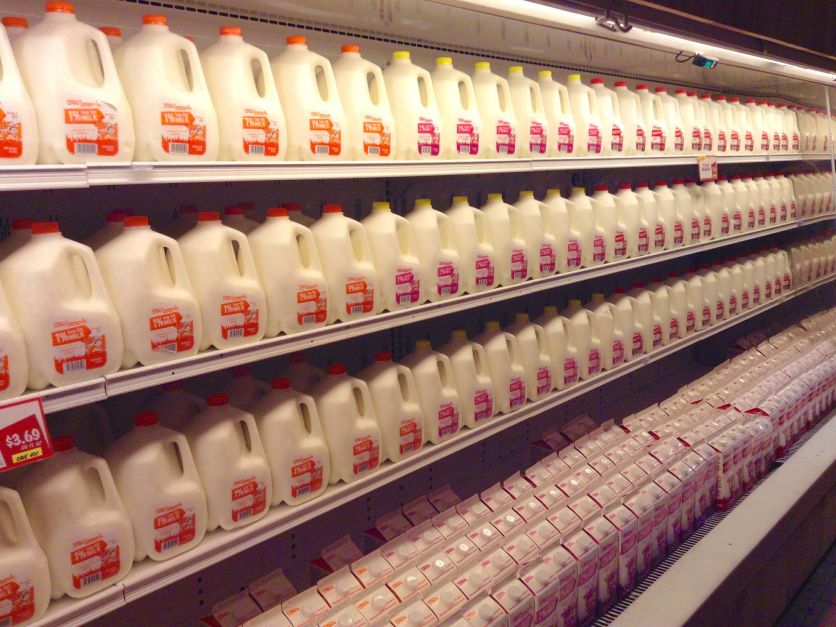 As kids, we were likely told to drink milk because it helps us grow strong. However, when did milk become the key to childhood development? This timeline will look back at the rise of milk due to middle- and upper-class Americans. The timeline will also address the decline of dairy purchases in the United States since the 1970s. Milk has an interesting history due to it being both a natural food and one that has been industrialized and uses lots of technology.

Humans have been using milk products for thousands of years. However, milk in modern times used to be an afterthought, down to cows eating leftover products from breweries. In the 1800s, milk began its shift towards a railroad system where farms moved to rural areas. The industrialization of cities led to more women believing that to be modern, they should stop breastfeeding. This rise in dairy consumption for infants also led to a rise in infant mortality. Concerned, officials began using technology to solve this issue. This technology use spread up the supply chain, eventually making its way to the dairy farms. According to historian Kendra Smith-Howard, this initiated the meshing of technology and dairy that would later come and harm the industry in the 1960s and 1970s.

Post-world war one, more of the population lived in urban areas and dairy farmers were worried about how they could possibly continue to sell to people who were so far away. Many farmers began to industrialize their butter production and relocate butter production to larger factories on railway lines that could produce and transport the butter faster than local farmers could.

The industrialization of the dairy industry continued in the 1950s with the invention of electric refrigerators causing a surge in ice cream from grocery stores, instead of shops as had been previously popular. However, the 1970s led to a sharp decrease in dairy sales as people realized they wanted a more natural food. Anthropologist and sociologist Melanie E. Dupuis writes about how this ultimately led to an excess amount of dairy in the 1980s which got so bad that the government was paying farmers to slaughter their cattle and leave the industry. This led to farmers figuring out how to maximize the cattle they had in the 90s.

Fast forward to modern days, and the dairy industry is still struggling. The rise of plant milks as lower fat and lactose free alternatives have hurt dairy farmers. This is also due to an increase in ethical and environmental concerns about the effects of the industry.

In the end, the dairy industry is an interesting case of technology both helping and hurting. Without initial industrialization and a shift towards urbanization, dairy wouldn’t have ever become the drink we think of today that’s always around. Technology furthered this growth and allowed massive expansion within the country. However, this technology also challenged dairy’s reputation as a natural food which ultimately has led to the decline in the industry and an increase in dairy alternatives. The history of dairy in the US reflects the industrialization of all food and represents how our diet has changed solely as a result of technological advances that were initially intended to help.