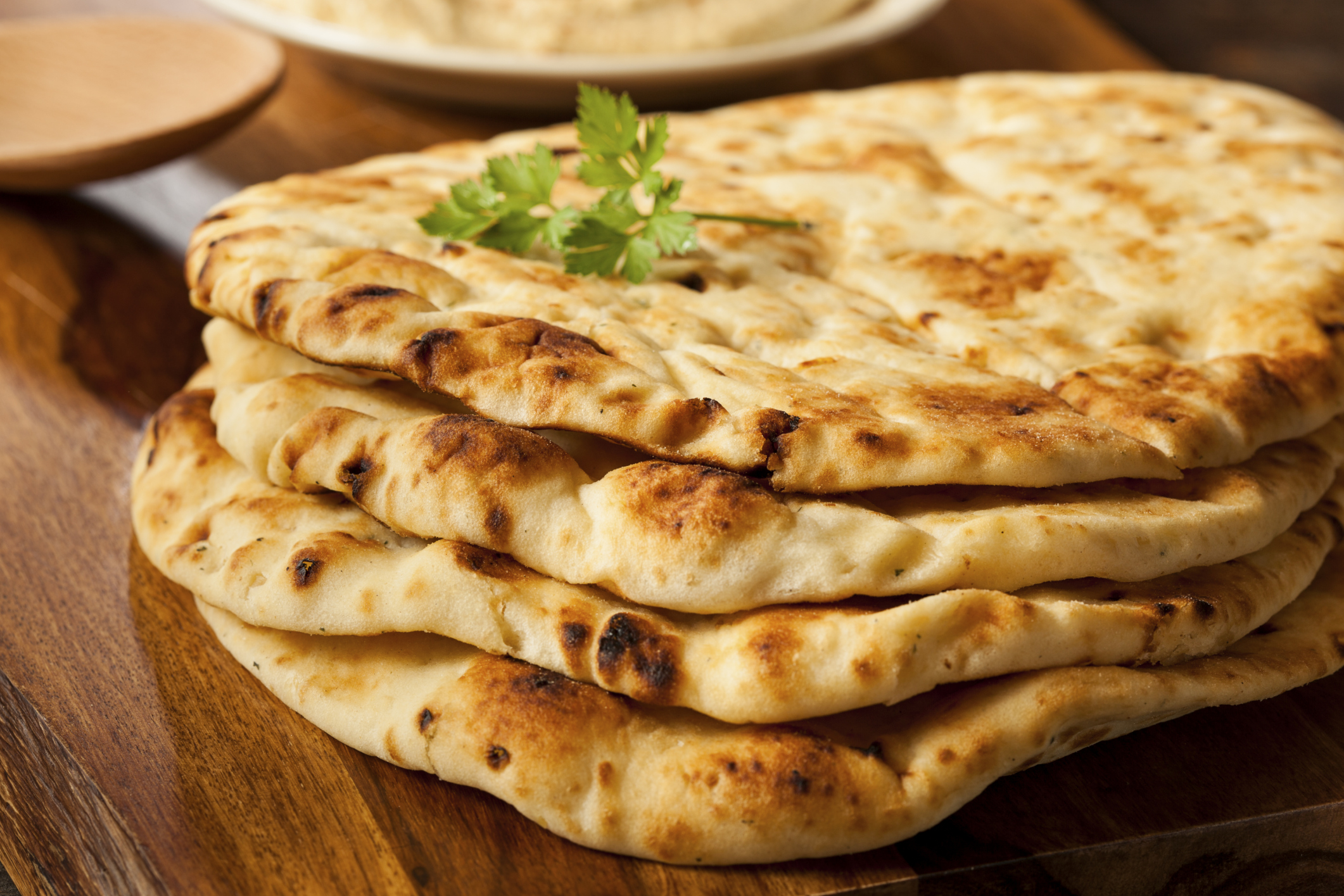 Flatbread can be made from nearly every grain imaginable: wheat, rye, corn, oats and even tubers or legumes such as potatoes, chickpeas, or lentils. It can be leavened or unleavened and made so thin that they become transparent or it can be two inches thick and sliceable. Flatbreads can be oven baked, steamed, fried, grilled, or even, as in southern Algeria and Tunisia, baked by the desert sands (Alford and Duguid 4). Since flatbreads can be so diverse in their ingredients and baking methods it is no wonder they are found all over the globe in almost every culture.

Flatbread is the oldest form of bread and it has been produced for over 11,000 years. There is some dispute among experts as to the exact origin of flat bread but it is agreed that the first flatbreads developed in the fertile crescent 14.6 to 11.6 thousand years ago. Anthropologist Amaia Arranz-Otaegui and her associates believe that flatbread was first created at an archeological site Shubayqa 1, Shubayqa 1 is a hunter-gatherer site dated to the early and late Natufian era located in northeast Jordan, in an area known as the Black Desert (Arranz-Otaegui et al.). As a food scientist, Antonella Pasqualone, believes that flatbreads developed independently in several geographical areas: the Fertile Crescent, sub-Sahara, Ethiopia, China, New Guinea, Mesoamerica, Amazonia, Andes, and eastern United States, with the fertile crescent being the first but unattriubtable to a specific site. After its initial creation in the fertile crescent flatbreads diffused across the world; “flatbreads spread westward around the Mediterranean, across North Africa and southern Europe, northward across the Anatolian peninsula to the Balkans and to Central Asia, and eastward to India” (Pasqualone).

The fact that flatbread has spread so far and remained a relevant dish can be attributed to certain characteristics of flatbreads. Pasqualone states that flatbreads do not always require an oven, as mentioned before they can be baked in hot sand or over fire. Flatbreads can also contain food or can be used and as a utensil itself. Other features such as its shelf life and size are important. Flatbreads can be dehydrated and extend their shelf life and since they are flatter they can be easily transported in larger quantities.

The convenience of flatbreads is enjoyed around the world and it is a food that has grown to become instrumental in the diets of many people; “In countries across North Africa, the Middle East, and Asia, where flatbreads are a major source of calories, the nutritional contribution of these products is extremely important”(Quail). Not only are flatbreads a major source of nutrition they have become an integral piece in the dishes of many cultures. Flatbreads were first made thousands of years ago but because of their diversity in ingredients and cooking methods, and the qualities that they contain, flatbreads continue to be culturally important foods all over the world.