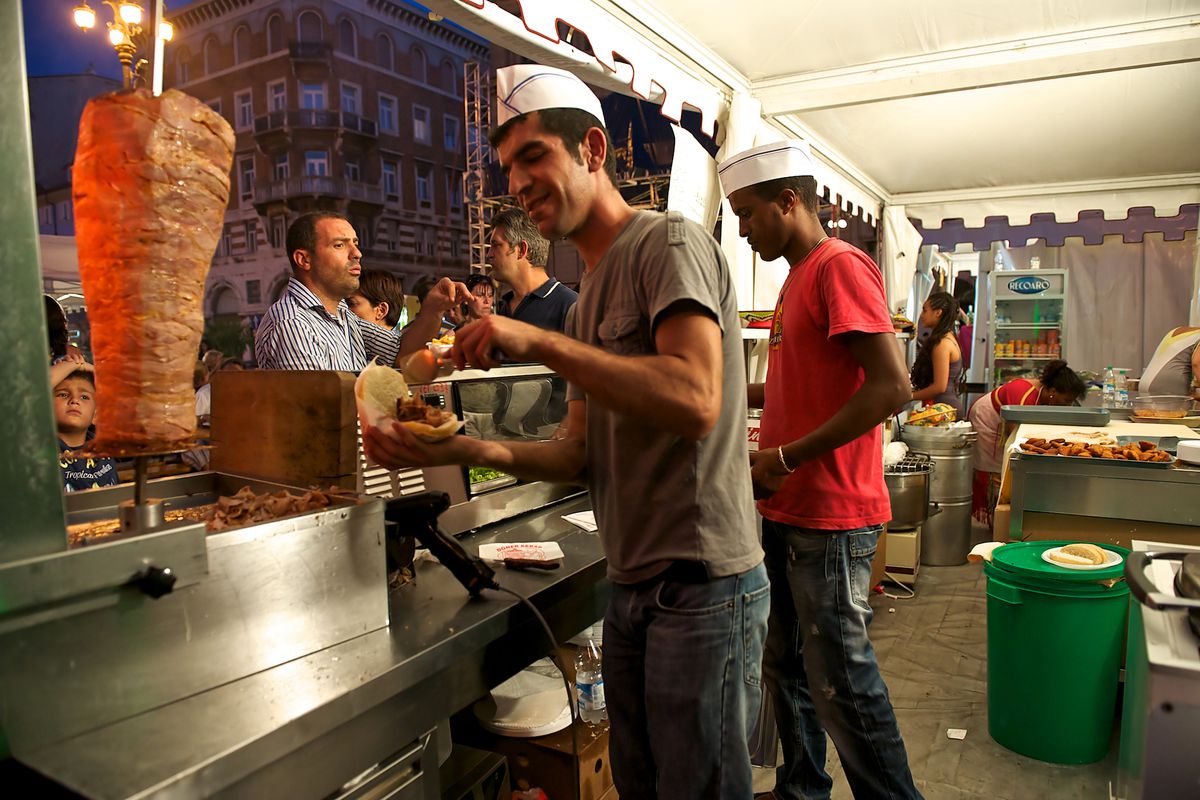 Street food has been in America longer than the United States has existed. Starting with some of the first settlers and then developing into the food trucks and street vendors we see today. Tied with that, street food has always been intertwined with immigration. The food and the people that make it do not normally come from the United States, rather, they come from nearly every corner of the globe and every background.

While food and its people come from all over the globe the largest group of immigrants are people from Latin America. This knowledge makes for interesting cultural ties, with food and how it is prepared to the stories behind it. However, with the influx of immigrants from Latin America and the Xenophobic ideas that some members of American society have, it has made it incredibly difficult for immigrants to express their cultures.

Immigration and how people are treated across America would take hours to explain, because it differs from place to place. However, this project will be focused on three main American cities as well as three regions in Latin America. In the United States we will focus on New York City, Chicago, and Los Angeles. While in Latin America we will be focused on Ecuador, Mexico, and Ciudad del Este, Paraguay.

Basinski discussed how New York City has a long and rich history with immigration and street food going back to the 1600’s. However, the primary reason this was discussed was not because of the food, but the people who make it. In 1925 a survey conducted by the US Department of Agriculture, nearly 90% of street vendors were immigrants. But along with that number came the mass xenophobia and racism. Today, that number is nearly 98% and the problems have not gone away. With language and culture barriers causing a rift between vendors and law enforcement, many have an anti-immigration bias. Not only is a rift between immigrants and non-immigrants, but there is also now a rift between street vendors and food trucks. No matter the nationality the food truck owners express difference just do to where and how they vend.

Tucker and Delvin compared street foods from North and South America. In North America they focused on New York City, while in South America they focused on Ciudad del Este, Paraguay. Both struggle with the politicians of the cities. Unlike New York’s licenses that could cause exile, Ciudad del Este has boundaries that practically eliminates groups from vending. Street vendors in both places must negotiate and haggle their future and their livelihoods with politicians.