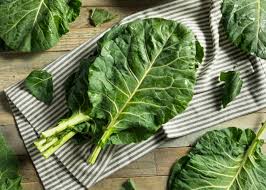 Dishes and recipes can be made by anyone of any culture and of any background. Italian people can make a stir-fry. French people can make a chicken tikka masala. There is a beautiful aura about food from a culture other than your own that educates and brings the conversation about the richness of that dish’s origin. It is when we ignore the origins of dishes that we dismiss the richness of culture and become ignorant. This ignorance has been especially apparent in white Americans making and purchasing foods noted as Black soul foods. Collard greens and their common preparation are noted as black soul food. The importance of recognizing collard greens goes well beyond just the acknowledgment of greens’ significance in the Black community. The rooted ignorance begins with the placement of big-name, pricey, grocery stores, and it begins with general gentrification in cities. To unveil why white Americans are so okay with food-gentrification, like the gentrification of the collard green, the investigation of where stores like Whole Foods, who have the infamous advertisement for collard greens that was distasteful in many Black Americans eyes, are placed throughout America and what the demographic was in that city prior to the emergence of a pricey health food grocery store.
Why are white Americans compelled to take dishes that are notorious amongst and crafted by the Black community, and make it white?
This question will be answered with the sources in my annotated bibliography as well as a map crafted from other citeable maps of America that include placement of Whole Foods, gentrified cities with a large Black demographic prior to gentrification, and several examples of where cities have health food stores like Whole Foods but are still in a food desert because of systemic issues with poverty and race.